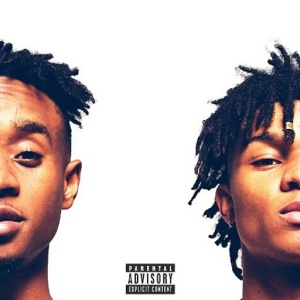 The Mississippi native group Rae Sremmurd (which you probably didn’t know is actually ear drummers spelled backwards) will definitely get your eardrums pumping. Taking the world by storm–the high power duo busted on the scene with hits “No Flex Zone”, “No Type”, and latest “Throw Sum Mo” featuring Nicki Minaji. Rae Sremmurd unforgettable songs and loads of energy, have a lot of people tuning in to see what their next move will be. Their first debut album “SremmLife” will be released January 6th 2015. Here are 5 reasons you have to pre order the debut Rae Sremmurd album “SremmLife” now:

Rae Sremmurd “SremmLife” will get you dancing

Haven’t danced in the while? Do you dance every day? Don’t like dancing? Whelp- if you purchase the Rae Sremmurd album, you will most definitely be in the dancing mood. The mood where you jump up from your seat! You might burst into a two-step, dougie, or your own original dance move. The beats and lyrics from their popular songs featured on the album can put anyone in the mood to dance.

“SremmLife” will be out the ordinary

No Norm. Everything about Rae Sremmurd screams different. From the duos hair styles, distinct clothing, tone of voice, music, etc…. a person can tell their album will not be ordinary. Different is great. Nevertheless, no way a group name Rae Sremmurd would be exactly the same with other mainstream music today. There’s no doubt that “StremmLife” should and will be different.

Singles out now are worldwide phenom

The hit songs “No Flex Zone” and “No Type” are a worldwide phenom. The songs are non-stop play on radios across the US. The group has over 100 million views on YouTube. This total is without counting other social media platforms. The “SremmLife” singles out now, will only make you wonder how the album will be.

For the great price of $6.99 you can purchase the album on iTunes or Google play! $6.99 is an awesome price for an album that will most definitely be music to your ears!

Remember that feeling that sweeps in your gut when you think back of something you should have did? You might get that feeling if you don’t purchase this album. Why not get a new listening experience? Maybe, you’ll even find a new favorite song!